Doug Chisholm has been actively involved in aviation in northern Saskatchewan since 1975, as both a Commercial Pilot and Aircraft Maintenance Engineer. He has owned his 1954 Cessna 180 for 40 years, and continues to utilize his aircraft for various heritage related research projects across Saskatchewan. Doug will make a public presentation at the upcoming March 12 meeting of the Saskatoon COPA Flight 10, which will include both background and some interesting photos related to these activities.
Topics include some information on the 4000 geographic features which our province named in memory of Saskatchewan servicemen who lost their lives during the Second World War. Over the past 22 years, Doug has recorded aerial photos of almost all of these 4000 geo-memorial sites in northern Saskatchewan, and has visited about 250 of these sites with his floatplane to install bronze memorial plaques on the shoreline on behalf of families. Two books have been published, based on his research.
Other heritage related topics in the presentation will include ongoing research at numerous indigenous archeological sites and at northern fur trading posts.
An update will also be provided on an upcoming 2019 search for a lost 4 engine Avro York which went missing 80 miles from Uranium City in 1955.
Also, background will be provided on the recent successful search near Buffalo Narrows for the Cessna 180 which went missing in 1959. Doug has been closely involved with the Gran family on their quest to locate this missing Saskatchewan Government Airways aircraft and to respectfully recover the human remains.

Here is a link to the presentation by Doug 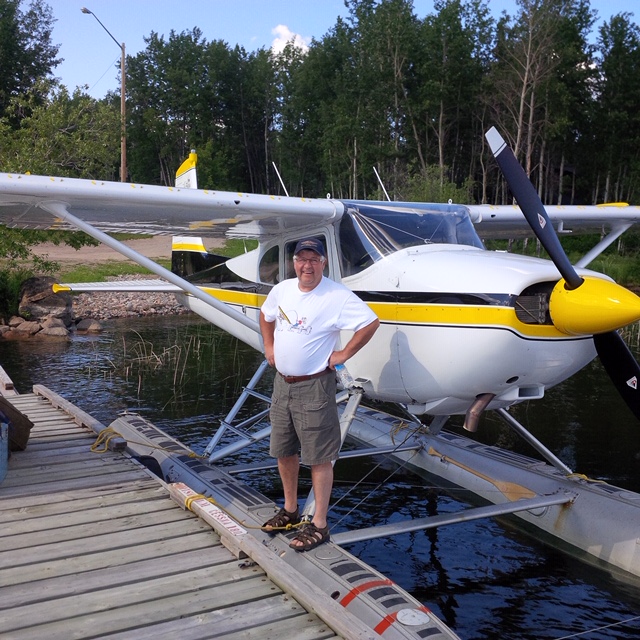